skip to main | skip to sidebar

Nature wants to push to the limit, find the borders for maximal life in the given conditions, a balance of growth in chaos - Existence Maximum. Nature is constantly expanding and constantly dying - dominating the no man’s land. 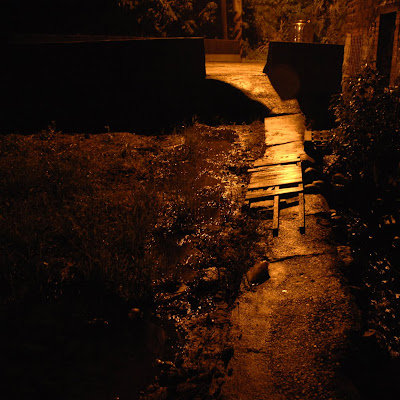 When a man comes to the jungle he cleans up a spot and builds his house. The walls of the house and the hard surfaces are constructed to keep the nature out. When man moves away from his house the jungle will come in. Nature reads the house and step-by-step the architecture will become part of nature. But the nature does not want everything. Plenty of space is left for the man to come back. 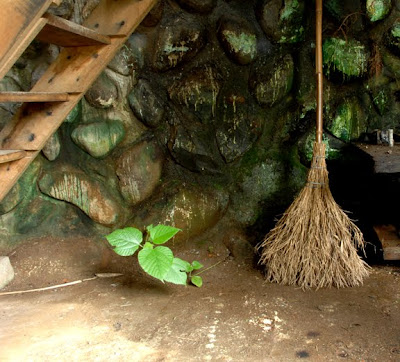 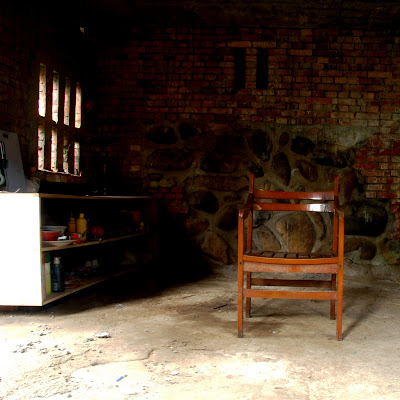 Ultra-ruin is a designed ruin aiming straight into the 3G condition. This is close to bio-climatic architecture and in urban design landscape urbanism. Modern architecture will be ruined. The industrial city must be ruined. 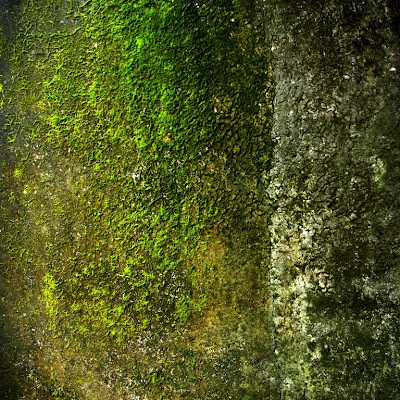 Ruin is when architecture is stripped down from decoration, mechanical clichés, and maintenance. Ruin is what is left, the archaic tectonics of shadow, space, material, structure and time - a growing platform for human nature. 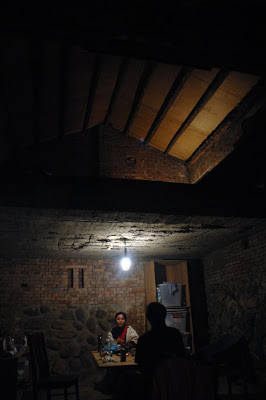 Ruin is when man made has become part of nature.

There are different rhythms of time in architecture. Human time is the years and generations that have been spent with the architecture. Human time connects architecture to memories and gives architecture a humane subconscious. Natural time is how architecture relates to the daily changes of sun, winds, tides, moon, opening of flowers, animals waking up, insects coming in etc., to monthly changes of moon and tides, to annual changes of temperature, rains, snow, storms, migrating animals, vegetation growth etc. and to big natural circles of climate changes, earth quakes, human, plant and animal migrations, earth formations and so on. Artificial time is the hacking rhythm of industrial time controlling the human effectiveness that regulates the modern life and architecture. 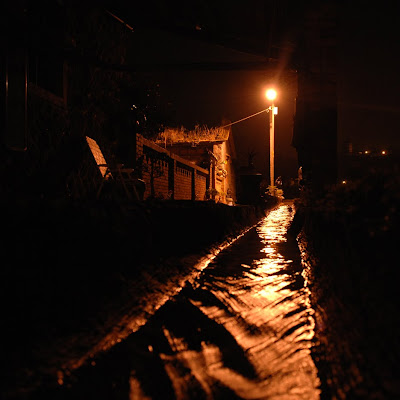 Time-Ecology in architecture is the relationship between the man-made structure, nature and man himself. In organic time including the natural and human time architecture can achieve the level of a mediator between the human nature and the rest of nature. Architecture doesn’t necessarily fight to keep the nature out of human space and time. On the contrary in many ways the human activities have been fully dependent on nature and on natural time. Nature is playing a key role in human subconscious and so in architecture as an expression of human will . Natural time based architecture is tuned to the rhythms of nature. This has required a strong presence of the builder on the given site in order to understand the site-specific values, the local knowledge of natural time of that space. 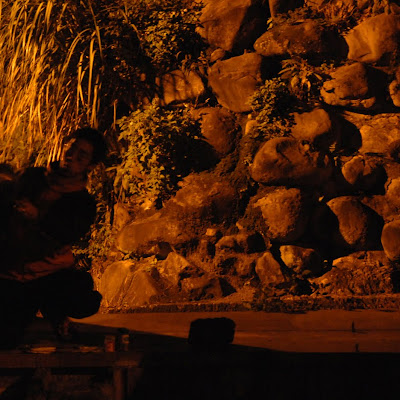 Ruin is when man-made has become part of nature.

In a ruin techtonics we can see a balance in chaos, horror and so sense of peace, which is far more complex than the dynamics of usual man controlled architecture and human control in general. Tension is the key word. Ruin is on the threshold of total destruction. Nature is keeping it together, or the parts that pleases it. Elements can be found in a frozen balance between destruction and being present. Destruction is organic, and being present is organic. This structural organic tension in nature questions the heaviness of our common static ways of building. We need to become industrial insects. 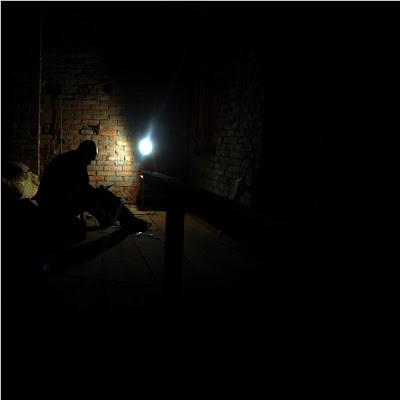 Ruin is normally associated with destruction. This is partly true, but our thinking should not stop here. The space after destruction is also interesting. What we see as destruction can be nature’s way of reorganizing elements to provide more maximal life. Ruin is a dynamic platform where both destruction and construction happens simultaneously. It is a multi dimensional mix of interests, energy flows and structural necessities that are constantly trying to find better ways to exist together as a life providing composition - nature. Understanding the dynamics of nature coming back to architecture can make it possible also for human to contribute some - to open up the static architecture and the industrial city for nature to happen. 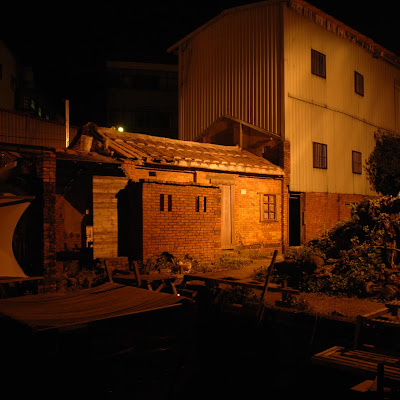 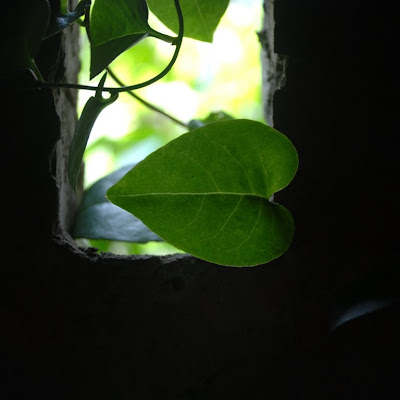 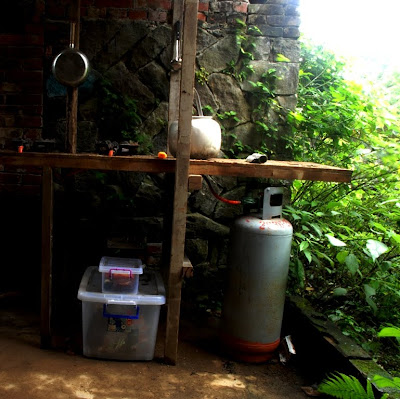 The Treasure Hill –settlement is a ruined enclave inside the modern Taipei in Taiwan. The modern city has grown around Treasure Hill, in which people continued with their old urban farming values from the Mainland China and Taiwanese countryside. The farming was illegal as the whole settlement and so the city decided to change the area into a public park - farms and vegetable gardens were turned into lawns. The ruin-homes of the illegal urban peasants had to go also. 400 old people lived in Treasure Hill when the bulldozing started. Then the modern citizens unexpectedly protested. People came from the polluted city to defend the urban farming community. Media followed and soon the city government agreed to maintain the ruin like settlement of Treasure Hill as an example of ecologically sustainable urban living. 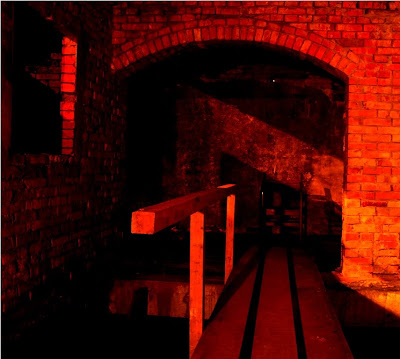 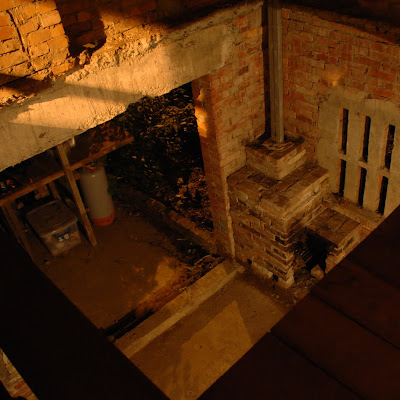 Energy is the key word. Contemplating to energy is surviving. You need to survive or you should die purposefully. Die so that the remnants of your decomposing organic material would find its way to a better corner in the ruin to give energy for some other plant.

One has to die a bit to be reborn.

Nature is a reality that will exist without man’s thinking. Fish is Real. Salmon will run to the river without man thinking on it, fish is real reality. Built human environment is a complexity of expressions about man’s own thinking; industrial city is a fiction. 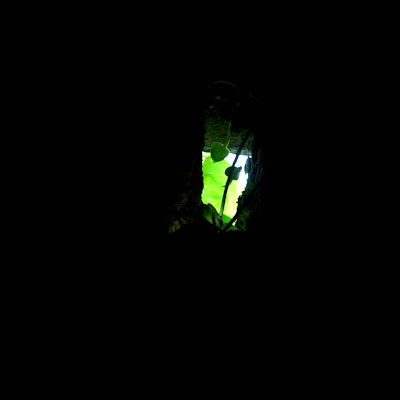 Also animals and plants constantly contemplate with their surroundings. They are also busy in a same way like the man on street. An active sensing, reading and shaping of surroundings is a key to survive, an expression of vitality. Man’s thinking is humanism; nature’s thinking is reality. 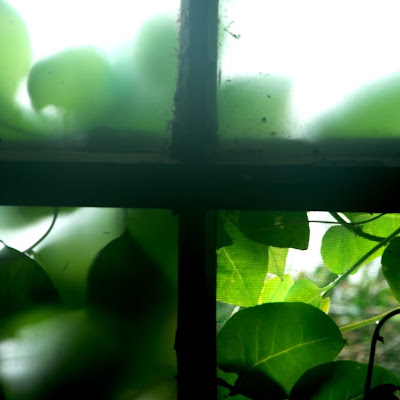 When nature comes into the house it is the clearest sign of a ruin in man’s observation. Ruin is something that can be looked at from outside and with a feeling of an outsider. The memory of the human mind seems still to live in the structure, but clearly it is not anymore ours. The space and the structure that the mind once created has become part of nature. 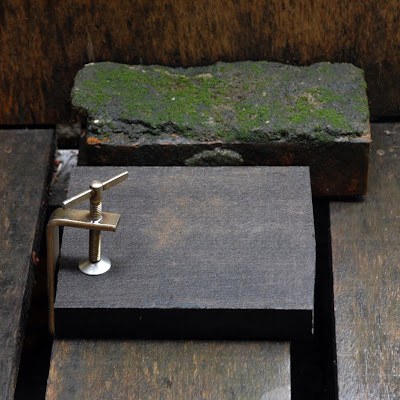 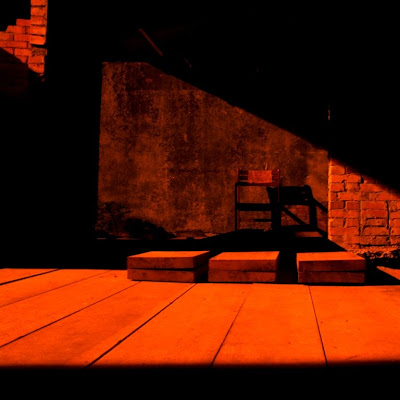 This is a key understanding to the ruin. It is simultaneously both nature and an expression of man’s mind. Ruin is quantum nature - human nature as part of nature.

The ultra-ruin seeks for the limit, how much we can open the box to the elements and still feel the safety of a shelter and the sense of beauty. 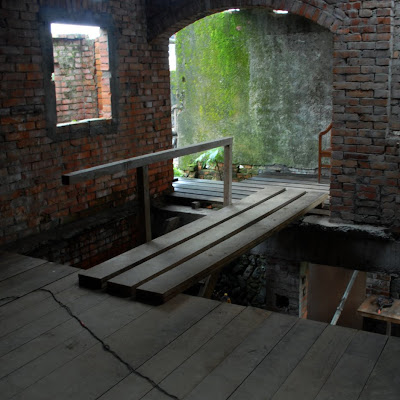 Modern man is a fish in aquarium. The ultra-ruin breaks the aquarium. Modern man will land on Earth. 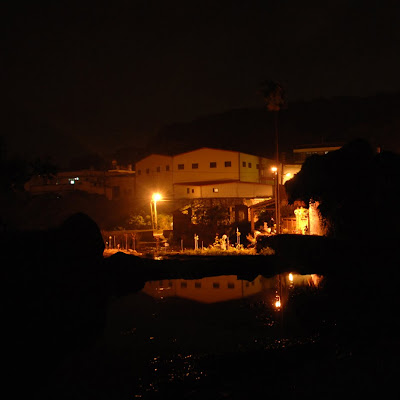 It took us 150 million years to create these hands and we have forgot how to use them. The ruined modern man will forget the forgetting.

The Ultra-Ruin research is kindly supported by Tamkang University Department of Architecture, Professor Chen Cheng-Chen.
Posted by Marco Casagrande at 11:30 No comments: